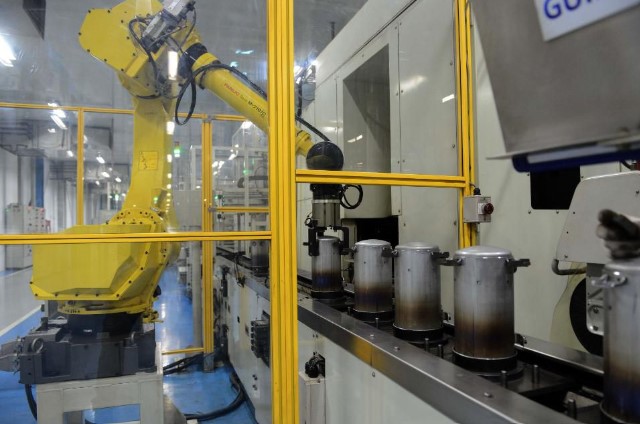 The problem with trends is that they are like a freight train gaining speed; everyone can see the train, but at what point do you say the train is really moving at speed? With that in mind, here are the trends I’m following, the prediction I am making, or if not a prediction, the inflection points I am paying attention to.

Donald Trump and the ‘Made in America’ Supply Chain – There was a quote in the Atlantic that I liked, “The press takes him literally, but not seriously; his supporters take him seriously, but not literally.” But when it comes to trade with China and Mexico, I take him both seriously and literally. I think it likely that by the end of 2017 we will have seen a decrease in trade with China and to a lesser extent Mexico. In Europe, Brexit negotiations could drag, so I’m less certain that trade between Britain and Europe will decline. Large multinationals will be paying very close attention to the design of their supply chain networks – to where their factories and warehouses are located and how they flow products to customers. Software suppliers that sell Supply Chain Design software, like LLamasoft, or have expertise in using this software in consulting engagements, like CHAINalytics, will benefit.

Automation Reduces the Number of Employees Working in Logistics – It does not take much imagination to know that at some point driverless vehicles will reduce the need for truck drivers. That will NOT occur in 2017, although investments in these kinds of vehicles will continue to increase. Just recently Apple confirmed what many suspected, that they in addition to Google, Amazon, and the big car companies, are also investing in this area.

But what has received less attention is that automation and robots will decrease the need for warehouse workers. ARC did a survey on investment priorities in the warehouse this year and about 15 percent of warehouse executives said that procuring autonomous mobile robots in the next three years was a priority for them. That is not enough to affect warehouse employment in the U.S. in 2017. But in this area, there is a critical inflection point to watch for: at what point do the vision and tactile systems in robots make it possible for robots with arms to automatically pick items off of shelves? Solving this is a very difficult technical problem. And I don’t believe that that will be a robust solution to this in 2017. But when it is solved, we will start to see warehouse jobs disappear at a rapid rate.

E-commerce Reshapes the Face of Logistics – The last few years of holiday shopping, and the shipping crunch associated with e-commerce orders, has produced its share of ups and downs. Late packages will never be eliminated fully, but retailers and shippers alike have taken steps to ensure that a holiday meltdown similar to 2013, where an estimated two million packages were delivered late, does not happen again in 2016. And I believe similar investments and detailed planning will also make 2017 a pretty good year for consumers that want to make sure their presents arrive on time for the holidays in 2017.

There has been a good deal of writing about the investments that retailers are making in their omnichannel projects so that they can compete more effectively with e-commerce pure plays. Interestingly, Amazon has recently announced that they will be opening some brick and mortar stores. Nevertheless, the ARC Advisory Advisory Group did a market study on omnichannel fulfillment technologies and is forecasting continued growth in this area in 2017.

When it comes to e-commerce and logistics, when e-commerce goes from 9 percent of retail to 30 percent, how feasible will it be to deliver all those packages? This problem is also an opportunity. Large 3PLs, like DHL, are investing in drones and crowdsourcing solutions; and large automakers, such as Mercedes Benz, are investing in some very interesting last mile delivery vans.

The Internet of Things and the Digital Supply Chain – We are moving from the buzzword “Internet of Things” (IoT) to the “Digital Economy.” The concept of the Digital Economy encompasses IoT, but also includes the idea that IoT sensor data needs to be leveraged in applications that take that sensor data, turn it into actionable tasks that are embedded in the right process step that can be executed by the right person. IoT is nothing new in logistics. In the logistics space, for example, we’ve been taking RF scans and using that data to improve warehouse processes since at least 1975 when McHugh Freeman, an early warehouse management system supplier, began business. Internet protocols make it easier to communicate that sensor data to applications. And the use of GPS in Internet-enabled fleet routing and tracking solutions has existed since the turn of the century.

But what is fairly new is the concept of a Supply Chain Control Tower where the S&OP process is executed, and where ongoing supply chain orchestration occurs. This orchestration is more effective external, relevant, contextualized data can be ingested in these control towers.

Public cloud networks are a great source of that external data. Infor realized that and purchased GT Nexus in August of 2015 for that reason. Further, there are some innovative IoT type technologies that have emerged to help improve supply chain resiliency for inbound strategic materials. General Motors is one example of a company using this type of solution (General Motors’ Approach to Supply Chain Resiliency) and who had nothing but praise for this type of solution.

Also noteworthy is a “trend” I don’t expect to take off in 2017 – the Uberization of Freight. There are a variety of reasons why I believe this is being overhyped when it comes to long haul freight. Even for last mile, I’m doubtful we’ll see any major traction in 2017.