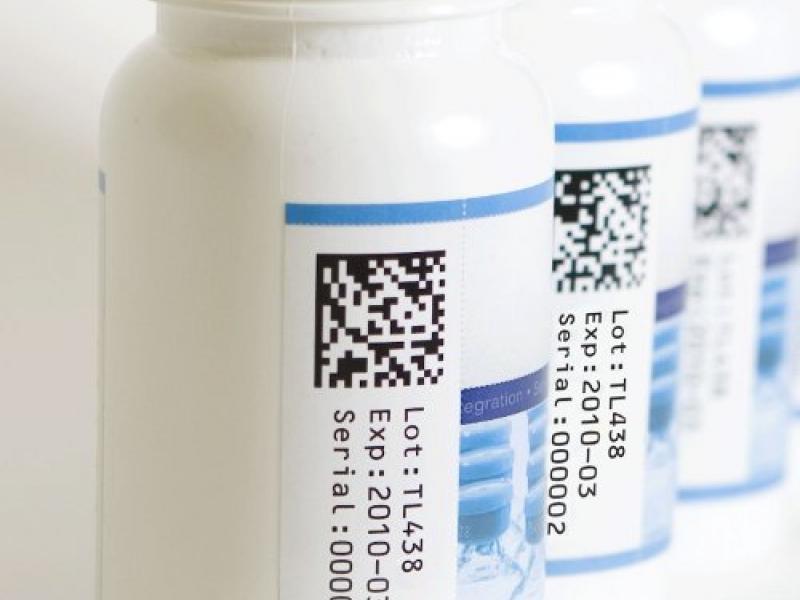 On Nov. 27, 2013 President Obama signed the Drug Quality and Security Act into law, effectively setting the framework of what would become a nationwide initiative toward wide-scale pharmaceutical serialization.

The Drug Supply Chain Security Act is one component of the Drug Quality and Security Act. This particular act requires the FDA to implement a national track-and-trace system by which manufacturers must affix product identifiers (barcodes) to each package of product that is introduced into the supply chain. This system would establish nationwide drug serial numbers that allow for efficient tracing to respond to recalls and notices of theft and counterfeiting1.

Serialization in the pharmaceutical supply chain is a massive logistical undertaking the FDA requires to be completed by 2017. While that may seem to be awhile down the road, logistics companies had to meet the first regulatory benchmark by January 1, 20152.

This white paper will discuss why serialization is a necessity for the integrity and visibility of pharmaceutical supply chains as well as three traits that are essential to successful serialization implementation.

Counterfeit drugs rose in prominence as a global health concern during the 1985 WHO Conference of Experts on Rational Drug Use, one of the first times it was recognized on a global scale as a pervasive and dangerous trend4.

In the subsequent three decades, it has become increasingly difficult to track the pervasiveness of drug counterfeiting due to erroneous tracking by regulatory agencies, a lack of communication amongst health care and pharmaceutical providers and general confusion about how to categorize a medication as counterfeit.

WHO’s International Medical Products Anti-Counterfeiting Taskforce (IMPACT) estimates that most industrialized countries with effective regulatory systems have a significantly low proportion of counterfeit medications, at less than one percent of the market value. However, in developing countries, IMPACT estimates that more than 30 percent of the medicines on sale may be counterfeit. Experts also warn against ordering medications from online vendors that conceal their physical address; medicines purchased from these illegal sites are counterfeit in almost 50 percent of cases5.

Despite a robust regulatory system, the United States is not excluded from the dangers of counterfeit medications. In fact, the Food and Drug Administration recorded a rise in counterfeit drug cases from 1997 to 2002, the most recent year for which data is available6.

Why are we seeing an increase in the prevalence of counterfeit drugs? In a workshop for the Organization for Economic Co-operation and Development (OECD) Harvey Bale, Ph.D., outlined four reasons why pharmaceuticals are susceptible to counterfeiting:

According to Bale, these factors meet to create a perfect storm that promotes counterfeiting and leaves authorities unable to combat this danger to public health7.

The dangers of counterfeit medications
Counterfeit drugs have been responsible for thousands of deaths in some of the world’s most impoverished nations. Even in developed countries, counterfeit drugs on the shelves can result in adverse side effects including long-term sickness or death.

In 2005, counterfeits of NorvascTM, Pfizer’s popular blood pressure medication, were linked to 11 deaths in Canada. The counterfeit medications were traced to an accredited pharmacy that had dispensed the medications without any knowledge that they were counterfeit8.

Unequivocally, all regulatory agencies agree it is especially difficult to track the extent and effects of counterfeit medications worldwide. Firstly, many cases go unreported because subsequent medical complications and death are often attributed to the progression of the diagnosed disease rather than faulty medication. Furthermore, developing countries lack the necessary infrastructure to diagnose and report adverse reactions. Despite these factors, researchers estimate the number of deaths attributed to counterfeit medications in Africa to be in the hundreds of thousands per year9.

After outcry associated with public health scares and concerns about falsified and counterfeit medications, Congress passed the Drug Quality and Security Act. President Obama signed it into law in 2013, effectively setting one of the largest logistical undertakings in recent memory in motion.

From integrating systems to acquiring the necessary equipment, embracing pharmaceutical serialization in an efficient and cost-effective manner is a serious logistical undertaking. For more than two years, manufacturers and supply chain providers have been developing the necessary internal processes for meeting these new legal requirements without compromising efficiency.

While incorporating pharmaceutical serialization regulations and becoming fully system compliant well before the 2017 deadline, MD Logistics recognized three distinctive traits that have supported the transition with its life sciences and pharmaceuticals customers:

Adaptability
As a third-party logistics (3PL) provider, MD Logistics has the capacity and expertise to adapt to its customers’ needs. This is no different when adjusting to serialization needs for pharmaceutical companies. Some larger companies will serialize at point of manufacture, while others will retain MD Logistics to append barcodes during packing and kitting prior to distribution. As a result, MD Logistics met with customers to identify their unique pharmaceutical serialization needs and develop customized solutions.

Expediency
Developing a customized strategy is just the first step in a comprehensive process management for pharmaceutical serialization. The next step led by MD Logistics is piloting the programs before the mandated timeframe, in order to isolate problems and anticipate shortcomings before regulations come into effect. By taking these steps, MD Logistics has positioned its customers ahead of the curve.

Functionality
The best 3PL partners utilize resources that can be easily integrated with customers’ internal systems. This can take the form of a warehouse management system (WMS) that is serialization-capable, such as MD Logistics’ Red Prairie system, or team members that collect data and support the customers’ systems.

These three traits lay at the core of developing streamlined serialization processes. As the impending federal deadlines loom, manufacturers and their supply chain partners continue to develop the necessary internal processes that will ultimately increase patient safety and security.

Conclusion
The Drug Quality and Security Act, and the subsequent move towards mandated pharmaceutical serialization, represents a definitive step the United States government has taken towards protecting U.S. citizens by protecting the integrity of the pharmaceutical supply chain. The problem remains that in today’s global economy, supply chains reach beyond national boundaries and operate in many political climates that do not support sufficient regulation and enforcement. In a speech quoted by Ed Miseta for Outsourced Pharma and Clinical Leader10, Ilisa Bernstein, deputy director of the FDA Office of Compliance in the Center for Drug Evaluation and Research (CDER), addresses these concerns head-on.

“Proper detection and response are based on proper surveillance, and once again the FDA can’t be everywhere,” she said. “This is an area where leveraging resources by working with global regulatory partners and others in the industry will enhance surveillance efforts.”

Bernstein is correct— protecting patients across the world begins and ends with global regulatory cooperation. In the meantime, third-party logistics companies will start to take up the reins of making serialization a true reality in the United States.