News / How medical supply chains can diversify beyond COVID-19 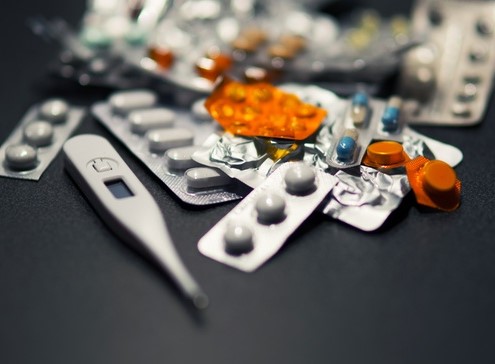 Antibiotics. Sedation drugs. Masks. Isolation gowns. Ventilators. With items like these needed to treat or care for those with COVID-19, shortages are inevitable.

“This is something companies should have learned,” she told Supply Chain Dive. With 9/11, SARS and the 2011 tsunami in Japan, “we’ve had massive disruption that comes on a regular basis.”

The pharmaceutical industry’s motivation is lowering cost in the short-term, she said, and this results in supply problems during emergency events like COVID-19.

An estimated 80% of active pharmaceutical ingredients (API) come from abroad, typically China and India. With India sourcing about 70% of APIs from China, a kink in either country presents problems for the U.S.

“As a society, we rely heavily on medication,” Sanders said, making it risky to depend so heavily on one region.

Paying low prices for products allows for strong cash flow and ledger numbers, said Sanders, and the company will have a predictable supply source when it runs smoothly.

The flip side is with commodity goods like generic drugs, supply chains are narrow, because low price is the top priority. When drugs are produced for pennies instead of dollars, “you have to create these unbelievably efficient and narrow supply chains that have no redundancy and no resiliency,” Michael J. Alkire, president of group purchasing organization Premier, told Supply Chain Dive.

Certain countries and regions are the prime sourcing and manufacturing locations not only for drugs, but for personal protective equipment (PPE) and testing supplies.

The test kit swabs are produced in Northern Italy, an area hit hard by COVID-19, though swabs are still being exported. Premier sources exam gloves from Malaysia, PPE from Cambodia and face masks from China and Taiwan.

“You have to create these unbelievably efficient and narrow supply chains that have no redundancy and no resiliency.”

Before the pandemic, half the surgical masks made globally came from China. Mask manufacturers, including U.S. and Canadian companies producing in China, were forced for a time period to sell their products exclusively to the Chinese government.

When industries attempt to drive down cost for commodity items, they may create a single source of raw goods along the entire supply chain, so any break in that leads to resiliency issues, Alkire said. Some procurement managers thought they were diversifying risk by using companies in the same region. “We thought that by moving into Taiwan and out of China, we were reducing our risks. When the virus hit, we couldn’t ship,” Alkire said. “As an industry … we’re going to have to look for partnerships to produce domestically as well as using the global supply chain.”

Producing domestically isn’t the only answer, as ramping up supply still takes time. The nonwoven polypropylene used in N95 respirators is in short supply globally. A company in Pennsylvania that typically makes 1.5 tons of nonwoven material a day for air conditioning filters, increased production for masks, according to The Wall Street Journal.

Vizient released data showing dramatic spikes in U.S. demand for sedatives, pain medications and anesthetic paralytics as a result of COVID-19 hospitalizations and increased ventilator usage. A three-month supply could be used in a week as a result, according to one expert.

The U.S. experienced a shortage of 63 drugs even before COVID-19 hit, due to the lack of manufacturers, as well as lack of control over manufacturing and shipping from abroad. The FDA now lists more than 100 drugs currently in shortage, including chloroquine phosphate tablets. Demand for the drug is skyrocketing, partly due to President Trump’s recommendation for those with COVID-19 to take it.

Alkire said Premier is working with several domestic manufacturers through its subsidiary ProvideGX to produce generic drugs like chloroquine. ​Demand from Premier members for chloroquine was up 3,000% from March 1 to 17 compared to typical orders.

“Globally means more than just location. It should look like a stock portfolio.”

Alkire said having only two suppliers creates an issue when there’s a quality or other issue with one supplier. The stress on the remaining manufacturer results in supply problems plus significant price increases.

The FDA has not reported any medical device shortages, though the last announcement on the topic was Feb. 27. Most of the 10 largest medical device companies have Chinese manufacturing centers, according to GEP, and the country plans to make Wuhan an industrial cluster for health device, drug and biopharma manufacturing. Domestic ventilator manufacturers exist, and other factories can convert to producing ventilators, even though there still may be a gap between availability and need.​

Healthcare organizations and distributors should not use cost as the exclusive metric, said Sanders. “It’s a real mistake for boards and senior leadership not to understand the numbers. Risk exposure is really high,” she said.

The lack of transparency in tier two and beyond is coming to light as healthcare supply chains often don’t know where the raw materials come from to make the imported pharmaceuticals, making it difficult to diversify. While manufacturers are required to report potential shortages to the FDA, healthcare organizations may not realize how tenuous supply can be in a perfect storm like this.

“The FDA did a great job from a drug standpoint for identifying the country of origin for API,” said Alkire. Where the agency didn’t do a great job, he said, is understanding where other drug raw materials come from, including binding agents, stabilizing products, antimicrobials and other ingredients. “We’re very concerned because we don’t have total transparency for where they’re manufactured,” he said. China is likely one of the main sourcing countries.

Bringing more manufacturing to the U.S., and to different regions to diversify domestic location, can help with production and distribution, Alkire said.

During a 2012 shortage of blood factor products like albumin, Premier worked with a distributor to get supplies from multiple manufacturers, bringing in redundant suppliers to stabilize the market. Those products would then be distributed on an allocation model.

After Hurricane Maria in 2017, saline and saline bags were in short supply, as Puerto Rico produced so much of the supply. Its electrical grid was hit hard by the storm, causing severe supply problems in the states, and the manufacturer, Baxter, had a hard time regaining market share. Healthcare company B. Braun invested heavily in mainland U.S. manufacturing capabilities in the wake of this.

Increasing manufacturing requires more infrastructure and short-term costs to pay for that redundancy, according to Alkire.

If organizations place unusual orders, data and technology may be able to help identify shortages or other reasons for the change, Alkire said. Premier is making significant investments in these capabilities, to create one point of understanding of how orders occur across its system.

Cost and risk: A balancing act

A diversified supply chain means sourcing domestically and globally. “Globally means more than just location. It should look like a stock portfolio,” said Sanders. It may be more expensive, but it balances out the risk of losing supplies, and also adds potentially shorter delivery times.

Will companies actually change their sourcing? A survey by PwC found more U.S. CFOs plan to change their supply chain range, because of the current pandemic, and about one-third of those surveyed said supply chain issues are one of the top-three concerns. However, cost containment is still their top priority.

“We will eventually get through this. But if we don’t learn after this, we’re in trouble,” Sanders said.