News / Why The 2020’s Will Be The Logistics Decade 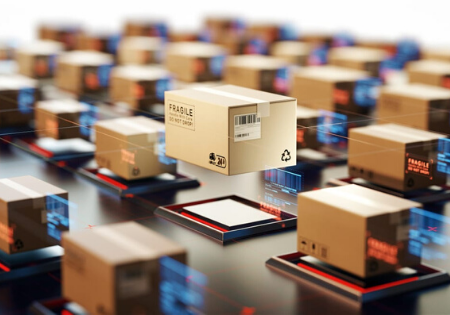 That’s a variation of an old saying common to people who study military matters, but it certainly applies to the world of digital payment and commerce. After all, as Guy Bloch, CEO at delivery logistics platform Bringg explained in a new PYMNTS interview, consumer expectations for quick and accurate deliveries are expanding to all types of products, not just food deliveries or shipments made via Amazon Prime and other services. How to meet such expectations will be among the most vital challenges for retailers in the new decade just about to start. So much success will depend on how merchants handle logistics.

“The whole idea of on-demand, instant delivery is now coming to more industries,” Bloch said. “It’s been a major market transformation over the past couple of years.” Indeed, he said, one need look no further than Uber, Postmates, DoorDash and others — not just Amazon, of course — to see some of the significant players and fuel behind that transformation. And, as Bloch told it, such products as furniture and prescription drugs are becoming new retail fodder for those quick deliveries, given those expanding consumer expectations.

After all, Uber has done much to set current expectations for instant gratification on the part of consumers. “You push a button on a phone, and five minutes later, a driver shows up,” he said. “Consumers think, why can’t I get the same service from other companies that provide goods and services? Why can’t I get this for auto supplies or furniture?”

Meeting those expectations can present various complications for merchants, to put it mildly. Among them? Having a unified view on incoming orders made via the various third-party delivery services and aggregators out there, Bloch told PYMNTS. A potential solution? Have merchants use another third party to combine those orders and the other data necessary for fast, accurate deliveries into one platform. That’s the approach taken by a company such as Bringg. Its Delivery Logistics solution enables companies to plan, manage, measure and track their entire delivery ecosystem, whether they are using in-house fleets, third-party providers or both.

Bloch offered an example of the appeal of such an approach. If, say, a restaurant or retailer has a menu update or inventory change, the information about those shifts can be sent via a single platform to the different delivery services and aggregators instead of having to submit them one by one. “You make one change instead of going to all those other parties,” he said. “We are connecting all those moving pieces, making them work more efficiently in a very disruptive market.”

Delivery, of course, keeps gaining more importance as retailers seek to stand out and gain new edges in a crowded marketplace. Take Walmart as just one recent example.

The retail chain in early November introduced a new program called Delivery Unlimited in 1,400 of its stores. Customers who want to order groceries from Walmart without having to pay a per-delivery fee every time have the option of paying $98 a year or $12.95 a month, according to the company. Interested customers can sign up for the service on the Walmart website, and they don’t need an invitation to do so. Walmart is offering a 15-day free trial of the service. There’s also the option to pay for deliveries on a case-by-case basis.

It’s not only new programs but new technologies that are impacting delivery and will influence that area of payments and commerce in the 2020s.

For instance, news recently emerged that UPS, via its drone delivery subsidiary UPS Flight Forward (UPSFF), has completed the first residential drone deliveries to consumers of CVS prescription medications. The Nov. 1  drone deliveries were to a CVS customer’s home and a different customer in a nearby retirement community.

Both flights launched from a CVS store in Cary, N.C. and used the M2 drone system by UPS partner and drone systems developer Matternet. The self-flying drones were supervised by a remote pilot with the ability to intervene if necessary. To make the deliveries, the drone hovered about 20 feet above the properties and then gradually grounded the packages using a cable.

Those two examples are only a taste of the future of deliveries — a future in which logistics will become even more critical than is the case now. As Bloch told PYMNTS, some 70 percent of U.S. consumers will base their shopping decisions on the delivery options offered by retailers, And those delivery options — assuming they are appealing — can lead to upsells and higher margins, he said. “Everyone needs to care so much more about delivery options,” he said.

And that serves as sound advice for the coming decade.