What's Hot / What Will Last Mile Delivery Look Like Post-Coronavirus? 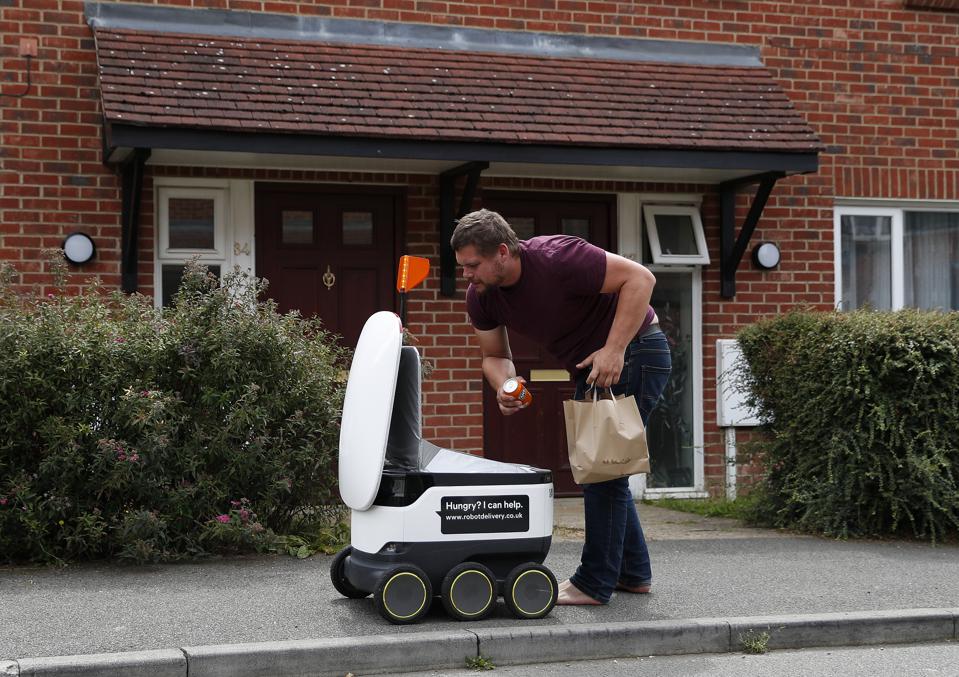 Ecommerce is up significantly year over year as the pandemic has increased the desire of shoppers to shop safely from home. Total U.S. online sales reached $73.2 billion in June year over year, up 76.2% compared with $41.5 billion a year earlier. This historic surge in ecommerce puts a lot of pressure on logistics operations. One of the challenges in ecommerce is the last mile. The last mile represents the final, short segment of the end-to-end origin to destination route products take to get to customers.

What will last mile delivery look like post-coronavirus? Ecommerce will not continue to grow at the incredibly high rate we have seen during this crisis. Nevertheless, as the pandemic comes under control, most experts believe that ecommerce will grow even faster than the low double-digit rates it has grown in recent years as more and more consumers become use to the convenience associated with online shopping.

One big question that most consumers have is how soon can I get my order?  Amazon has been stealing market share from traditional retailers based both on the breadth of products they carry and the speed with which they can deliver. For many products, delivery to Amazon Prime members can occur the next day. In some urban areas, Prime Now members can have grocery items delivered within a two-hour delivery window the same day. This pressure to deliver more quickly is known as the “Amazon Effect.”

The Amazon Effect has changed everything when it comes to e-commerce, with more retailers trying to reduce market share losses by offering their own version of a Prime. For some, this means a similar subscription model for faster deliveries. For others, it means a subscription-free model for guaranteed delivery timeframes given a specific spending threshold. For expensive items and perishables, customers want the deliveries to occur in a narrow 2-hour delivery window.

Quick deliveries depend on inventory being located close to consumers. This has led Amazon to rely less on very large – 850,000 square foot and up – regional distribution centers. Amazon has increased the number of smaller warehouses in large urban environments. These smaller warehouses serve as sortation centers where associates sort customer orders by destination zone and consolidate them onto trucks for faster delivery. Amazon is moving from last mile deliveries to what their managers refer to as “last yard” deliveries.

As store traffic declines, more retailers are using stores as micro-fulfillment centers and delivering orders from the store. According to my ARC Advisory Group colleague Chris Cunnane’s last mile survey of retailers published late last fall, the number one reason stores are used for e-commerce order picking and shipping is the need for an expedited order timeframe. His research reported that 38 percent of respondents frequently use stores in this situation, and another 24 percent sometimes use stores in this situation. The second main reason for using stores is when the DC does not have the item in stock (36 percent frequently, and 23 percent sometimes).

Nevertheless, picking orders in stores and shipping from stores creates problems for retailers. Stores tend to have much lower inventory accuracy than warehouses. Many retailers have in-store inventory accuracy of 90 percent or less as compared to an inventory accuracy of 99.9 percent at warehouses. This can lead to a retailer promising to deliver something quickly they don’t have in stock. This results in disappointed customers who may not remain loyal. Retailers are responding by using in-store autonomous mobile robots (AMRs) to discover empty slots, slots with no inventory, on the store shelf so that inventory accuracy can be improved. Walmart has hundreds of AMRs from Bossa Nova in use for this purpose.

There are two other problems with fulfilling orders in a store. First, the labor associated with picking is more expensive than what it is in a warehouse. Warehouses are designed to maximize picking efficiencies; stores are not. Secondly, having associates pick items in the store can adversely affect the in-store experience of shoppers.

This may drive many retailers to follow the Amazon example and build more warehouses in urban areas. Unlike Amazon, however, there appears to be a growing trend to highly automated, micro fulfillment centers – so called “dark warehouses” – in urban areas. Takeoff Technologies uses KNAPP shuttles to support its development of micro-fulfillment centers that employ as few as 15 employees to pick and pack goods for delivery. Last year Takeoff reported an existing client base that included Ahold, Albertsons, and ShopRite and that they had rolled out a half dozen active sites. Takeoff and Knapp confirmed a $150 million, 50-site order in April of 2019. Now, during the pandemic of 2020, the company reports rapidly expanding sales and that they are now also working with Albertsons, Big Y, and Wakefern, and Woolworths in Australia. They are not the only player in this space; Fabric and Alert Innovation are competitors.

Currently, according the ARC Advisory Group survey, 83 percent of respondents are using parcel companies such as UPS and FedEx for last mile deliveries. These services were built to deliver small packages to your doorstep in a short timeframe. They are also affordable for small businesses to use, as well as retail behemoths. Parcel shipping software solutions from companies like Logistyx and Descartes, can make it easy for retailers to more heavily utilize less costly regional parcel companies.

The two other highly used delivery methods are drop shipments from partners and 3PL delivery partners (51 percent each). Drop shipments are used by retailers to reduce their inventory carrying costs. Instead, the order is sent directly to the manufacturer for delivery. This is especially common for large appliances and shipments. Many companies are outsourcing their last mile deliveries to a 3PL delivery partner. This partner may control a private fleet or handle the company’s freight. This again can lead to cost savings while creating efficiencies in route planning.

One of the more interesting areas of last mile is around crowd-sourced deliveries. Currently, only 9 percent of respondents indicated using these partners, but 25 percent are planning to implement a partnership in the next 12 months. Crowdsourced delivery is popular in the restaurant and grocery space, and is gaining traction in big box and specialty retail as well. An incredible amount of investment money has poured into the space, and company valuations have taken off. Target decided to forgo a major partnership and instead outright acquired Shipt for $550 million in 2017. In May this year, Target announced they were also acquiring Deliv for a price analysts believe is similar to what they paid for Shipt.

We’ve been promised delivery drones will soon be in widespread use since Amazon announced it was working on this technology in 2013. Alphabet trialed its Wing delivery drones as recently as March 2019 to transport parts to ships 1.5 kilometers from shore. And this year, Flytrex is in a small pilot to deliver from a Walmart Supercenter to a handful of backyards nearby. Currently, the most action is on testing of these drones is for making deliveries of medical products to hospitals and health clinics, although these are not necessarily short, last mile deliveries.

So where are we now with this technology? Very few delivery drones are in service. The reality is that there are still regulatory hurdles to clear and more testing needs to be done. About 11 percent of respondents in the ARC survey are investigating the use of drones for last mile deliveries.

Delivery bots that run on sidewalks or bike lanes, while far from being in widespread use, have more promise. According to ARC’s survey, 15 percent of respondents are actively pursuing the technology for last mile deliveries. Coronavirus, and the desire for contactless delivery, has led to greatly enhanced interest in this technology. Autonomous robot delivery providers Nuro and Starship are using their bots to make deliveries in Sacramento; Mountain View California; Milton Keynes in the UK, and other locations. Starship reports that its deliveries in Milton Keynes have “exploded” during the coronavirus epidemic.

The pandemic could have been a windfall for these companies, but these bots need approvals from local governments before they can be put in use. It has also been a problem to ramp up manufacturing of their delivery robots to meet the increased demand.

So, what will last mile delivery look like post-coronavirus? The last mile of delivery is complex, costly, and expensive. Retailers are constantly looking at ways to be innovative in order to satisfy the customer. Currently, most retailers are still relying on the major parcel players to make their deliveries, even though this does not give them as much control over that final experience as they may like. But the future potentially looks bright for disruptive technologies for last mile transportation, urban warehousing, and stores.