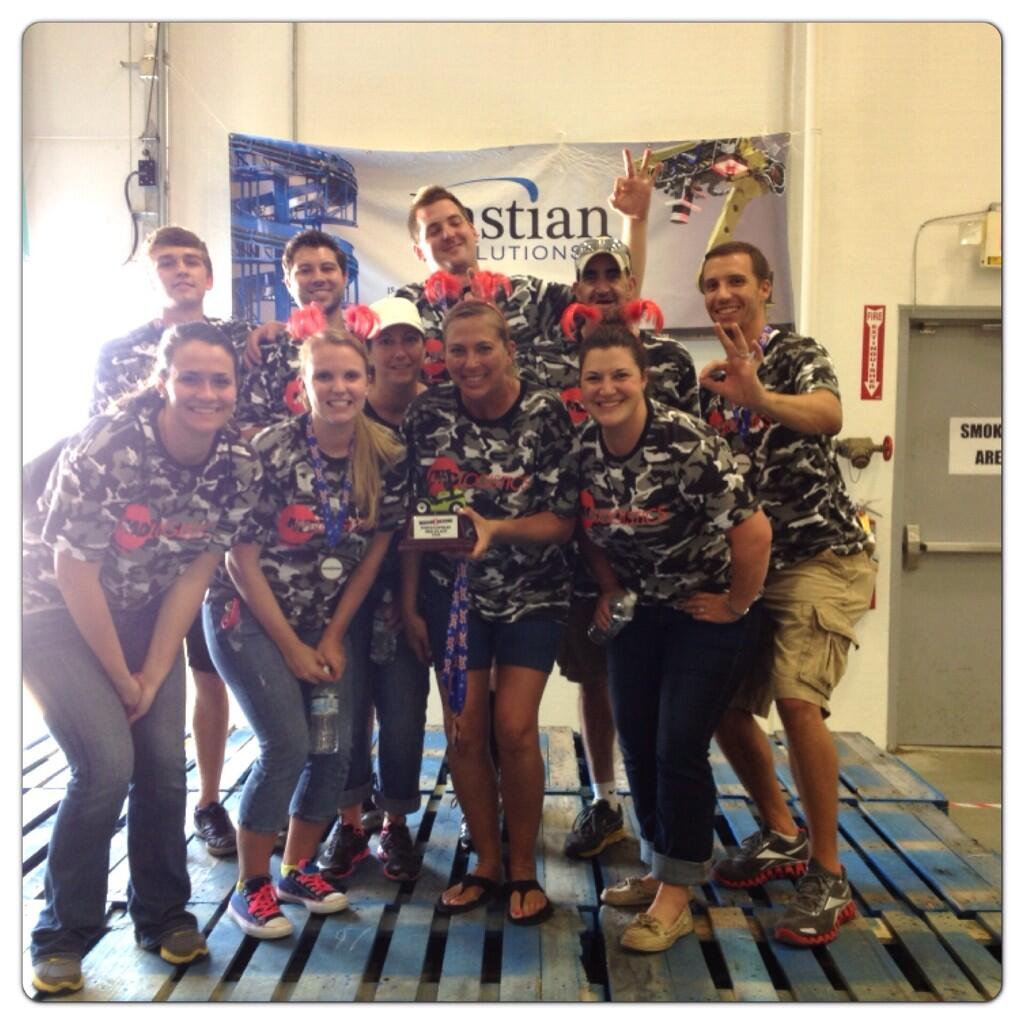 This year was the fourth year MD Logistics has participated in the regional LogistXgames in Indianapolis.

Finishing third, this is the second year in a row we have placed in the Top 3, which qualifies us to participate in the National LogistXgames taking place in Louisville next month.  Our team was led by Operations Manager Janet Preston and consisted of Ryan Somsky, Matt Goley, Derek Young, Noah Salas and Randy Williams.

The LogistXgames brings together the quick and agile of warehouse employees for some good-natured competition.  Creating teams of five, companies compete in the Pallet Puzzle Sprint, Pallet Jack Relay Race, Pick/Pack Hurdle, and the Box Put, all to pursue the highest honor; winning the Golden Pallet.

“The LogistXgames is such a fun and exciting event for our employees.  Not only is it full of good old fashion competition, but it really shows off the skill and agility that is used every day on the warehouse floor. We are so excited to have finished 3rd this year, again qualifying us for the National LogistXgames in Louisville. We may not bring the biggest cheering section, or be the loudest or the biggest team, but we are determined to win!” -Team Captain, Janet Preston