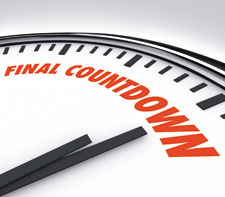 Many pharmaceutical manufacturers were late in involving contract partners in serialization efforts. Are you ready, and are you working with the right partner?

With growing concern surrounding the integrity of the pharmaceutical supply chain, more than 55 countries have chosen to implement serialization and track-and-trace measures to prevent counterfeit drugs from reaching the market. Counterfeiting, along with reimbursement fraud and theft, can not only have a financial and reputational impact, but it can also threaten patient safety.

All companies involved in the supply chain are responsible for ensuring that falsified medicines do not reach the end consumer, and it is in their best interests to protect patients. As deadlines for serialization approach in the United States and Europe, successful serialization programs will act as a key differentiator for contract service providers. Failure to implement serialization successfully could lead to supply shortages, loss of business in key markets, and costly downtime.

With this in mind, it is imperative that pharmaceutical companies choose contract partners that are prepared to implement serialization across their production lines. The US deadline for serialization is November 2017, with full track-and-trace capabilities to be implemented by 2023. With the deadline so close, how can pharmaceutical companies make sure they’re collaborating effectively with their selected contract partners and ensure efficient execution? Identifying the right contract partner to meet serialization requirements can be difficult task for any sponsor; however, it is essential to make the decision wisely.

A standardized and simple approach

The first thing to consider when collaborating with a contract partner is whether the company has a standardized solution that can work with most serialization projects despite varying regulations across the globe, but is still flexible enough to meet unique requirements. For example, if a sponsor decides to change the packaging for one of its products, or to enter a new market, the company will need to trust that its contract development and manufacturing organization (CDMO) can deal with the changes. It is important to ask each contract partner how flexible its serialization offering is.

In addition, a partner should be able to demonstrate that its solution to serialization has been tried and tested. Ideally, after extensive planning, the CDMO will have introduced a pilot line to demonstrate and test its capabilities against its customers’ needs. This pilot will have allowed the team to overcome any hurdles prior to manufacturing products, which will mean fewer rejections and reworks when serialization is integrated in the production lines. Most importantly, the CDMO should have been preparing for serialization for a long time. The team should not only have tested the process but also started to integrate it into the necessary production lines well ahead of the deadline for compliance.

Although the second phase of the US Drug Supply Chain Security Act (DSCSA) serializing at item level comes into force in 2017, the final phase implementing full track and trace abilities is not required until 2023. With this in mind, the CDMO should also have introduced, or be well on the way to implementing, Level 4 software with full track-and-trace capabilities. Again, flexibility and forward planning are key to ensuring that sponsors meet future regulations as seamlessly as possible.

While phase two of the US DSCSA requires that manufacturers mark products with an identifier, a serial number,  a lot number, and an expiration date, this is not mandatory in every country. By 2018, more than 75% of the world’s prescription medications will be protected by serialization and no two countries have passed exactly the same legislation. The differences in global requirements complicate the implementation process for any company that sells to different markets.

Given the significant technical and logistical challenges associated with serialization projects, an understanding of multiple markets and of how complex the process can be is vital to ensure a robust, compliant process. A number of countries already have regulations in place. China, for example, made serialization mandatory for certain pharmaceuticals in 2008, before becoming compulsory for all pharmaceuticals in 2015. Contract manufacturers that manufacture drugs for this market should already have experience serializing products to meet stringent legislation.

Previous experience will also mean that the CDMO understands that legislation won’t stay the same forever. Good contract partners will be proactively planning for any future changes to regulations. Choosing a CDMO with a fluid serialization infrastructure that can meet new compliance requirements can not only give you some reassurance for the future, but also mitigate any financial impact by reducing the time involved in adapting a production line.

The importance of people

Considering the complexity of serialization, production line operators at the CDMO should be highly skilled and trained to ensure a seamless manufacturing process. For example, following the implementation of serialization, removing and replacing defective units will no longer be as straightforward as it is now.

Aggregation and in-batch rework will become more complex, meaning that the CDMO’s operators, supervisors, engineers, and technicians must have a good understanding of the serialization solution, and the hardware and software involved in the process. As a result, it is crucial to ensure that your CDMO’s staff has undergone extensive training.

Ideally, the CDMO will also have a dedicated serialization team, allowing it to closely monitor legislation in the relevant countries, as well as new and emerging technologies. In the absence of its own intellectual property (IP), the team should have had the time to review various hardware and software providers before choosing the most comprehensive solution.

It is important to have an understanding of the four levels of serialization: Level One is the device level, which includes hardware such as printers, scanners, and code readers; Level Two is the line-level control systems, in other words, the software that controls data, serial number management, and aggregation data across the device level; Level Three is site-level software and hardware that sends and receives information between Level Two and Level Four systems; and finally, Level Four (typically a cloud-based system) holds all the data.

These levels should be fully integrated, and it is vital that all four levels of technology communicate effectively to avoid costly mistakes. Sponsors should ask all CDMO partners about their data storage systems and how they transfer sensitive data. Any contract partner selected should have demonstrated that they have an IT architecture in place that can transfer data securely between relevant supply chain partners.

Is the price right?

The demands of implementing serialization represent significant financial implications for pharmaceutical companies. An effective CDMO should have a pricing strategy in place that can help alleviate the cost. A cost-sensitive approach that minimizes any upfront investment is extremely beneficial, for example, some CDMOs will offer to spread the cost of implementing serialization across a new or existing supply agreements. A standard solution that complies with multiple geographic regulations can also help to reduce complexity and, with it, cost.

Time is running out for CDMOs to trial serialization solutions and overcome any hurdles prior to the implementation deadlines. Failure to test the process prior to manufacture could result in supply shortages, product wastage, or even a halt in production. The US deadline for serialization is just around the corner, and choosing a contract partner that can help to guide you through the implementation process is best done sooner rather than later. The best way to ensure that you’ve selected the best CDMO is to consider what you need from your serialization solution. Which markets do you supply products to and which products will be affected by the new legislation? Look for a partner that has the tools, track record, and expertise to help you to implement a fully compliant and flexible solution in time for the deadline.