What's Hot / Turning to Robots to Speed Up Shipping 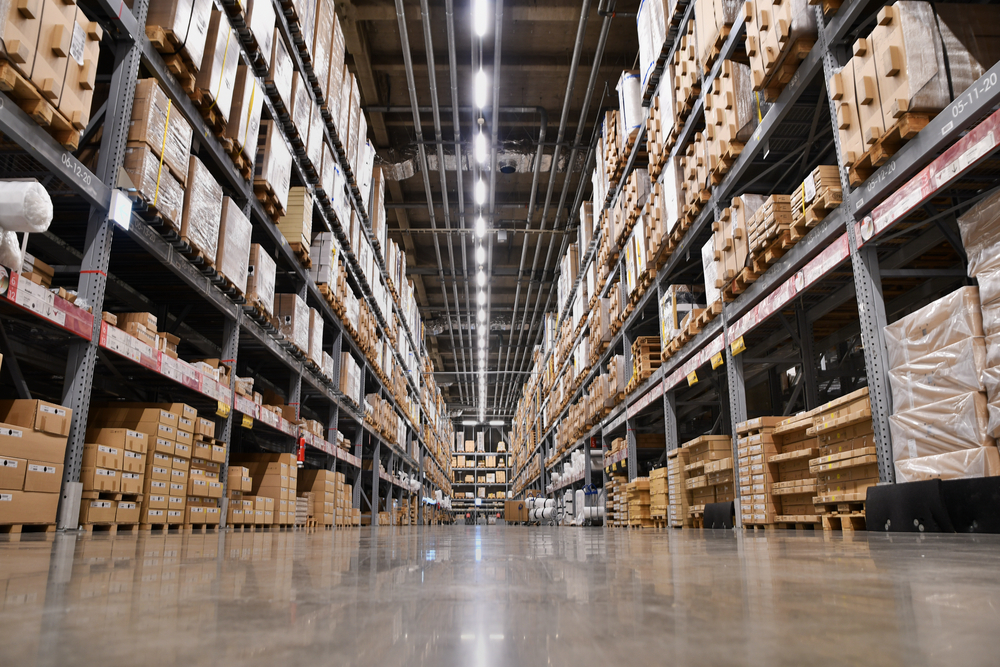 The shape of eCommerce is changing — and so is the speed.

In the days before Amazon, remote purchasing meant sending away for goods listed in mail order catalogs and waiting months for delivery. It was likely customers would have forgotten all about their orders by the time the purchases arrived — at least, that was the experience of Christopher Cacioppo, chief technology officer of order fulfillment automation service provider 6 River Systems.

Customer expectations have changed a lot since those days. Online shoppers’ demands have pushed delivery windows down to two weeks, then three days, then two, before same-day delivery became the norm for eCommerce sellers. But, Cacioppo observed, achieving that dream delivery speed requires many different players to keep up the pace.

After all, no matter how fast the delivery vehicle drives, the order speed will drag if warehouses can’t select and pack items fast enough.

That’s especially complicated for modern day warehouses, which are in the middle of a labor shortage, Cacioppo said. Fulfilling orders at a faster beat means getting more mileage out of the same employee pool without wearing it down, and getting temporary hires up to speed during peak seasons. It also means ensuring these improvements are cost-effective and don’t take a warehouse out of commission for lengthy installations.

Help may be on the way, however. In a recent interview with PYMNTS, Cacioppo explained the answer to speeding up the eCommerce warehouse may lie in robotic solutions provided by 6 River Systems and others in the space.

How Robots May Save Christmas

While no online merchant is sad to see eCommerce sales skyrocket, that increased revenue often comes with its own set of challenges.

With thousands of eCommerce orders placed every day, it can be difficult for human workers to keep track of which products are needed and how to find and pack those items for shipment. What’s more, warehouses can be 200 to 500 million-square-foot buildings with aisles that largely look the same, making it difficult for human workers to quickly move through the space without making mistakes.

To give such warehouse workers a boost, 6 River Systems recently created a cart-like robot to receive orders sent through the cloud, Cacioppo said. The solution also helps human employees identify and find products while navigating a quick route through the warehouse, ensuring they can operate quickly without getting lost or forgetting items in their rush. Humans then load the items onto the automated carts, which drive the goods to wherever they’re needed.

Warehouses typically hit a particularly bad labor crunch during the Christmas rush. According to Cacioppo, eCommerce companies receive huge spikes in orders coming into their distribution centers in the months leading up to the holiday. Temporary workers can ease the pain — if they get oriented and up to speed quickly enough, that is — but they are far from a panacea.

“Typically, the time it takes a temporary labor person to get up to speed and be as productive as a full-time employee is about two months,” Cacioppo said. “[But] two months is the [time span of the Christmas] peak.”

A robotic helper can reduce the training time by simplifying tasks, meaning a new worker can get on-pace with a full-time worker within hours rather than months.

While warehouse automation offers plenty of benefits for eCommerce merchants, those benefits come at a cost.

Automation has traditionally meant investing millions of dollars — and nine to 12 months of time — toward building conveyor belts or other large-scale installations, Cacioppo said. That kind of price tag is often outside small businesses’ budgets, and can put warehouses out of commission for longer than those companies can afford.

More frightening than that, however, is the risk of making an expensive investment that is quickly outdated by consumers’ changing expectations.

“eCommerce and business changes so fast these days,” Cacioppo noted. “It’s hard to commit to something that’s going to be a 10-year investment, or even a five-year investment, in a fixed, not-going-to-change business [model].”

He recalled one company that spent heavily on a shuttle system to facilitate on-the-hanger shipping for clothing. That investment was essentially lost when trends changed to shipping clothing flat pack and the technology was no longer useful, he explained.

Robots are a cheaper investment and, importantly, a more flexible one. This means no permanent, costly changes to warehouses, and 6 River Systems’ bots can be given new instructions to help them adjust to updated business models and practices.

“Robotics is very flexible,” Cacioppo said. “You want to change your operations? We can just remap your robots, give them different areas to be in and they’ll take on the new work you have. We can give them new types of instructions and they’ll do new things.”

That flexibility makes robotics a field well-suited for future growth, he added.

Many eCommerce sellers are moving away from large national or regional warehouses, where huge amounts of inventory is kept waiting to be ordered and delivered. Instead, they’re looking to build smaller warehouses that are closer to their customers, thereby cutting down on shipping time. These smaller warehouses require smaller tech to fit their smaller footprints.

“They can’t afford to have warehouses that far away from the [main] cities,” Cacioppo said. “They’re moving closer and closer to [these] cities. As they get closer, they can’t have the same footprint, [and so] the technologies that are available for smaller areas become very limiting.”

But a company can reduce or expand its fleet of robots to fit the needs of a specific warehouse size, he added. He also said that even businesses that can afford traditional automation have found the available technology has not kept up with their shifting needs. This leaves plenty of opportunity for players to offer new, flexible solutions.

While 6 River Systems is currently focused on increasing workers’ efficiency when picking orders, Cacioppo hopes to apply the technology to other warehouse operations — such as packaging goods — later on.

“At the end of the day, the real question [businesses] are going to ask is ‘How cheaply can you get our products out of the building?’” he said. “If we can reduce costs along the entire [process of] getting items into a box and out of the door, I think that’s [what] the entire industry is moving toward.”

If all goes as planned, it seems the future of eCommerce could be filled with humans and robots working together, hand in metal hand.