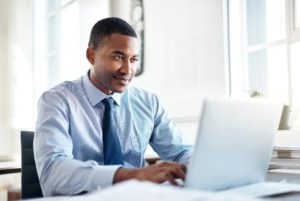 The pandemic gave corporate America a new perspective when it comes to looking at productivity and efficiency. The organizations that adapted to the changing nature of the world came out with better top and bottom lines. We have all witnessed the process of becoming digital natives in the workplace, and with the availability of new digital solutions and services, our organizations were able to transition into remote working. As the pandemic continues, it is important for every CFE, CIO or C-level executive to evaluate how to best optimize back-end processes and embrace new technology.

Before implementing new technology like robotic process automation, it is important to conduct a health assessment of your existing processes. With the current changes we’re seeing in the industry, as well as the shift toward Agile methodology, organizations are spending time and money hiring consultants to improve their process execution as such. However, most of the time, this involves those consultants improvising their new process execution, implementing it, training the team and then implementing automation.

This is not only a time-consuming approach, but it’s also problematic in that you’re spending time and money on unlearning instead of learning. Based on what we have seen, leaders should bring in automation as a key part of their process transformation and improvisation from the beginning. This will help you jumpstart your success and save you money in the long run.

We worked with one of our customers in the beverage container solutions industry on this.

During the initial part of the cycle, we worked with the business to perform an ROI calculation for their processes, and during the conversation with the customer, our analyst team identified that the current process of accumulating and calculating of orders and inventory through different e-commerce vendors was inefficient. Based on this, there were two approaches we could have taken. First, we could follow a waterfall methodology, wherein we would fix the process first, then identify what part of the process could be automated.

There are some downsides to this approach:

Rather than following the waterfall model, the business took an Agile approach, where automation was introduced and inducted as part of the initial discovery, so that while the business looked at revamping the process during the discovery phase, automation would be a key part of the final process outcome.

To achieve this, the following steps were followed:

By following this approach we were able to introduce automation early and motivate employees when it came to learning something new from mundane tasks. This helped incite a culture of innovation that could potentially attract new talent and also helped employees embrace a more analytical approach to their work.

Deciding whether to improve your processes first or implement automation from the get-go is an ongoing struggle for most leadership teams. But if my experience, it is far more worthwhile to bring in automation early, as it can help build a foundation on which you can grow.