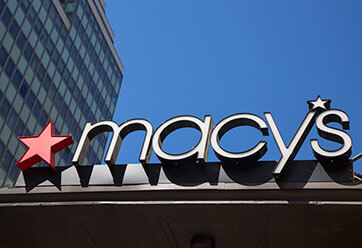 Macy’s plans to be the premier omnichannel retailer, focusing on customer experience and engagement.

As Terry J. Lundgren, Macy’s CEO since 2003 and Chairman since 2004, helps Jeff Gennette during the latter’s transition to the company’s top post, they will collaborate on making Macy’s the premier omnichannel retailer focused on the customer experience and increased customer engagement.

Gennette will officially become CEO in the first quarter of 2017 and, after that, Lundgren will continue as Executive Chairman of the company and work side-by-side with Gennette.

One of the things Gennette plans to do is make Macy’s a “significantly different retailer” in the future in the way the company operates and its approach to the marketplace.

“Customer shopping preferences and patterns are evolving rapidly,” Jim Sluzewski, Senior VP of Corporate Communications & External Affairs, told Loyalty360. “Today, we are doing more work than ever on data analytics to understand this evolution and ensure we are well positioned to serve customer needs in both the short- and long-term. That will inevitably require change in the way we offer products, deliver value and create experiences for customers. We have no specifics to announce at this time, but we will communicate them at the appropriate time in the future.”

Lundgren and Gennette will continue to work very closely together on improving current business trends and setting the stage for changes that will be announced as decisions are finalized. Being laser-focused on what is most important to customers is a priority for Gennette.

Macy’s, Inc., with corporate offices in Cincinnati and New York, is one of the nation’s premier retailers, with fiscal 2015 sales of $27.079 billion. The company operates about 870 stores in 45 states, the District of Columbia, Guam and Puerto Rico under the names of Macy’s, Bloomingdale’s, Bloomingdale’s Outlet, Macy’s Backstage, and Bluemercury, as well as the macys.com, bloomingdales.com, and bluemercury.com websites.

“Collaboration will be very important,” Sluzewski added. “As new strategies are developed, implementation over time will require continuity of leadership. So Terry and Jeff will work very closely on strategy development in the coming months, and Jeff will lead implementation as CEO. Our goal is for Macy’s to be our customers’ favorite place to shop. That will require that our merchandise assortment, service levels, experiences, and value proposition be unique and compelling.”